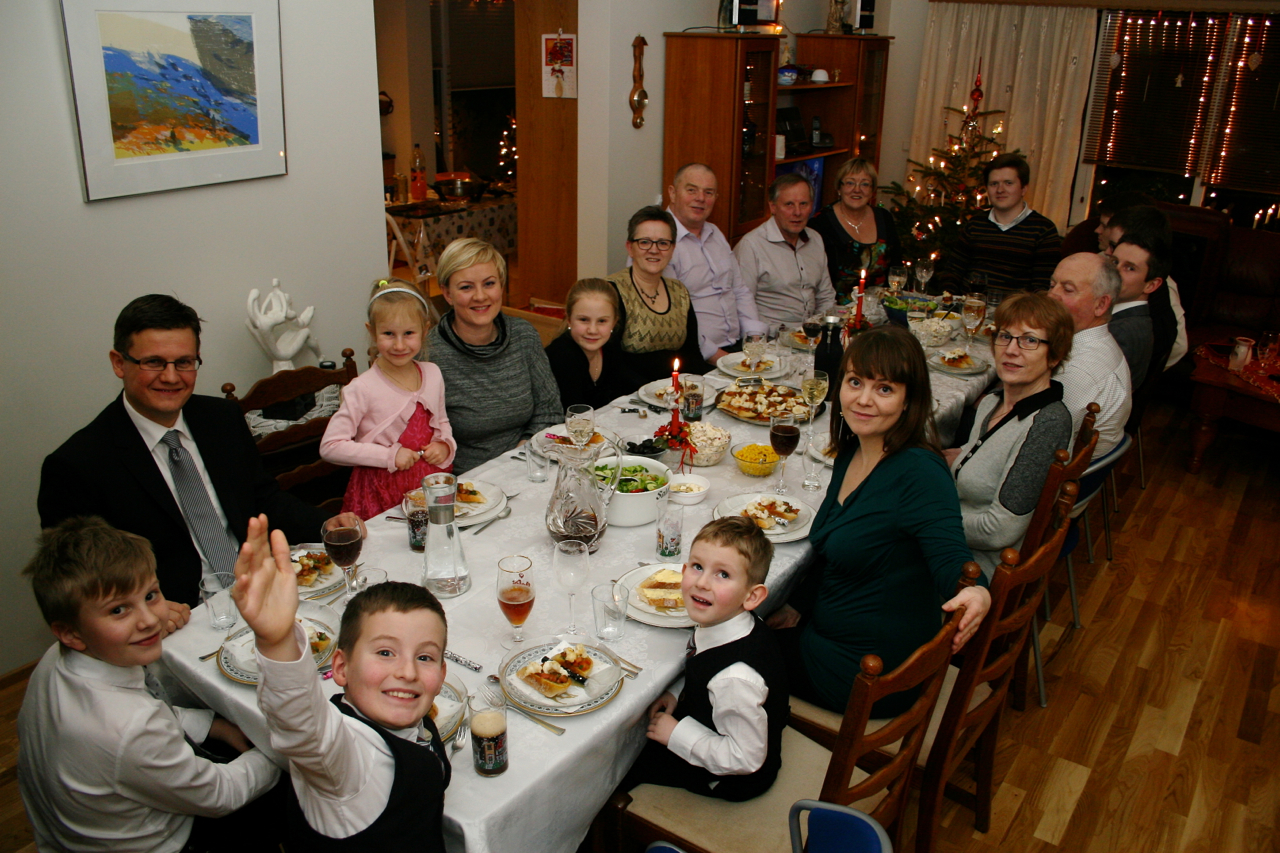 Happy New Year!
2013 was a good but a quiet year for us. We did a little bit of traveling, a lot of working, visiting friends and stayed healthy – which we are very thankful for – but there was not much action and I can’t really believe that there’s nothing that stands out.
Apart from one thing, in late October I found out that in June next year we’ll be adding to the family! 🙂 We’ve been to two ultrasounds and seen the little one kick and suck his thumb. Such a blessing! I’ve been feeling rather miserable though, done some proper porcelain hugging in November and got into the Christmas spirit a bit later than usual in December.

Christmas and the New Year was good though. The boys got new skis from us, ski boots and a helmet (which is a mandatory equipment up here) and we’ve been to the ski resort (about 10 min drive up the mountain) once since and they just loved it! I gave my hubby new Salomon winter shoes and got a “Hurom” slow juicer for Christmas from them, which I absolutely love!

School will start on Monday (Jan 6th) so we have the weekend to turn on the daily routine and get the boys to wake up at proper hours… I have a hunch that it’s going to be hard!

Officially Christmas ends on Jan 6th in Iceland, that’s 13 days from Christmas when the last of the 13 Santa’s will return to their home in the mountains. The decorations and the Christmas tree will be safely packed and stored (we have a plastic one, once had a living tree and the grief in January was just too sad..) but I think we’ll allow the Christmas lights in the windows to stay up, because it’s still so bloody dark all day outside. 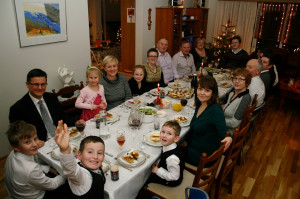 New Years Eve dinner at my inlaws, along with my parents. My hubby was the photographer.

We did shoot some fireworks at our New Years party but it was nowhere near as crazy as in Reykjavik. The thing is, everybody is allowed to buy fireworks from Dec 28-31 and the main retailer is the “Icelandic Association of Search and Rescue” and it’s their biggest fundraising project each year. They enjoy tremendous goodwill around here and people are eager to support them by buying fireworks. That can be easily seen in a video such as this cool one. Taken by a guy who just got a small remote helicopter and a GoPro camera.